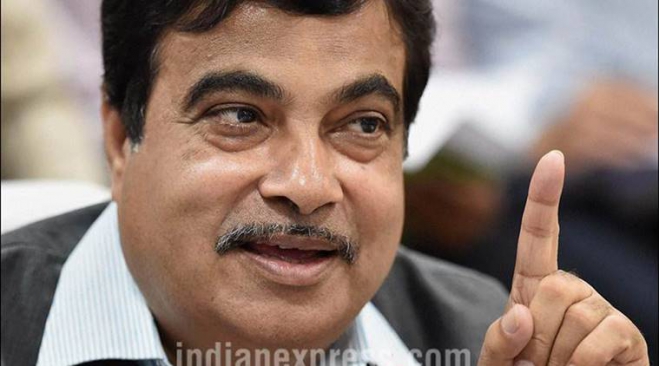 We have talked much of late about the possible relationship between Chabahar Port being developed with Indian support and Gwadar, funded by China.  Many commentators have talked about the two ports possibly being in competition, which we believe if relevant at all, will not significantly damage either one; in fact, competition could be good news for those businesses seeking to import or export in the region.

That being said, like the advisor to the Iranian Foreign Minister, Hossein Sheikholeslam, has said, Chabahar port specifically “…for everyone” and would benefit every other country including Pakistan, Afghanistan, Central Asia. He even went so far as to say that it is better if Pakistand and China use it.

When asked about India and Iran’s role in Afghanistan, Sheikholeslam said, “Afghan’s future and security should be determined by them. We, India and others, should help them.”

On the growing importance of Iranian-Indian relations he said, “In the Iran nuclear crisis we had with America, India stood behind us and in issues like in Afghanistan, we have tried to help India. We have tried to bring energy to this country, of course you pay for it, but we want to (be) reliable provider to India. Security of energy is much more important than any other aspects. We tried to be good buyer and seller. I think these relations will develop more and more.”

The Impacts of Expanded Co-operation With India

The Financial Tribune expanded on this theme of expanding cooperation. There is, they noted, a high volume trade in crude oil for instance and politically the two partners share security interests, including in the Middle East.  The relationship has not been smooth, but this potentially makes it all the more rewarding, because those things that are hard fought are often worth the wait.

In an interview, Hassan Nourian, consul general of the Islamic Republic of Iran, Hyderabad, offered some useful insights into what this powerful partnership means at a practical level for imports and exports and at a strategic level.

The unresolved issues in payments settlement between India and Iran for instance was explained by him earlier this month thus:

The Joint Comprehensive Plan of Action (JCPOA) opened banking routes for Iran. This meant that previous payment mechanisms became defunct. The ‘SWIFT’ method for transferring money across geographical boundaries to Iranian banks “…has supplemented current payment methods. Minor issues still exist between Iran and India, which are in the process of being resolved”, said Nourian.

Some Iranian banks have put proposals to the Reserve Bank of India (RBI) to obtain permits to open branches in India, (e.g. Parsian and Pasargad).  This arrangement would massively ease trade between the two countries.

In terms of preferred currency, Iran is understandably apprehensive about using the dollar for foreign trade, given that American banks are still holding up deals because of the detail involved since the lifting of sanctions.  The different categories of sanctions, some imposed internationally and others specifically by the U.S. government mean that whenever currency conversion occurs, it tends to be dollar denominated, thus needs to go via American banks.While the United Nations Security Council have lifted theirs, American banks are afraid of falling foul of American sanctions rules.

Thus the Iranian government wants to diversify currency use for foreign trade. Many transactions are made in the trade partner’s currency, for instance, China’s uan, the E.U.’s euro, the Russian rouble, etc.

In terms of India and Iran, we have reported extensively on the background to the tripartite deal for Chabahar Port. Japan and China too have expressed interest in investing in this region.

Similarly, such inward investments to Iran from countries like India can support development of many poorer villages and cities in the Chabahar region. By the same token, by building links with Afghanistan, this offers jobs and economic boosts to poorer areas of that country, which negates the growth of extremism.

Thus investment in the eastern part of Iran, which links to Afghanistan and Pakistan, could help empower local people to become more productive, via education and business opportunities.  Younger people desperate to find money for their families may be less attracted to terrorist ideologies.

Thus, Iran imports around 1 million tons of rice every year, mostly from India, where the quality is good. So, 700,000 tons are sourced from India, with Pakistan, Thailand, Vietnam and other European and Latin American countries supplying the remaining 30% of Iran’s imports.

Last year, however, there was a massive price hike of 50% in October. Indian exporters  demanded higher prices for their produce, undermining affordability for Iranians.  As a result, the Rice Importers’ Association in Iran capped import prices at $850/ton.  Iran has also reduced import tariffs on rice, says Nourian, from 40% to 26%.

Iran temporarily restricts all agricultural product imports for a 3-4 months every year, during the domestic harvest season, to help Iranian food producers.  Last year, also, there were traces of arsenic found in Indian rice imports; Iran’s Health Ministry were concerned. To deal with the various hurdles to rice imports, an Indian trade delegation visited Iran in January this year.  It is hoped that businesses impacted will see improvements on this front from now on.

India, as a fast-developing, high population nation, has massive energy demands.  Iran is the most stable and resourceful regional partner for India to reliably import oil from.

The drop in global oil prices meant India-Iran trade volume dropped from $13 billion in 2015 to $9 billion in 2016. This was despite increased volumes of Iranian oil exports to India.

The reliance on oil exports in the past, however now has led to a policy of bringing about a so-called ‘Resistance Economy’, with diversified products for export.  Currently, over 70% of trade between Iran and India is in crude oil.  Rice, dal [pulses] and other edibles account for most of the remaining trade.  Iran wants to expand sectors such as: IT, aerospace, biotechnology and pharmaceuticals.

This all bodes well for the future of Chabahar port, where works are forging ahead.

India Ports Global Private Limited (IPGPL), a joint venture between Jawaharlal Nehru Port Trust (JNPT) and Kandla Port Trust (KPT), has invited bids, as part of the port’s first development phase. Adani Enterprises and JSW Group are among those interested in developing the project, according to recent reports. The plan is for a multipurpose berth and port terminal.

IPGPL was established in January, 2015 by the Indian government to develop ports overseas. Now they are seeking to select their preferred private partner for management, operation and maintenance of the sea freight containers and terminals at Chabahar.  They currently have Rs 100 crore to facilitate the project.

The memorandum of understanding (MoU) signed back in 2015 between the two countries was developed into a contract between IPGPL and Aria Banader Iranian Port for equipping and operating the container and multi-purpose terminals at first development phase of Shahid Beheshti, Chabahar Port.

Chabahar Port offers India a reliable access route to Afghanistan, via the Zaranj-Delaram road built in Afghanistan, which India also invested in.  Thus Chabahar is well-connected also for Afghanistan to build their exports via Iran. The Central Asian region is becoming altogether much easier to navigate as infrastructure is increasingly a priority for trading partners.  Being located on the Arabian Sea also means, that Chabahar logistics transportation by-passes any challenges posed by developments in the Persian Gulf and the Strait of Hormuz.

Chabahar, along with other Indian investments in regional infrastructure will help the long-term stability of Afghanistan, according to some global partners.   India is also making investment in Afghan engineering, training, and humanitarian projects.  This helps the Afghan people and long-term stability.

So the next step is that India’s preferred development partner for Chabahar will equip and operate two berths in Phase I of Chabahar project.  The bigger transportation plan is to create a transport and transit corridor from Chabahar through to Afghanistan.  A tripartite agreement on this is already signed by Iran, India and Afghanistan.

India expects to complete the first construction phase at Chabahar in 2018. India's Shipping, Road Transport and Highways Minister Nitin Gadkari, has said: "We can complete the work on the first phase of the project in 2018... The funds are likely to be released shortly. Tenders are out for the project".