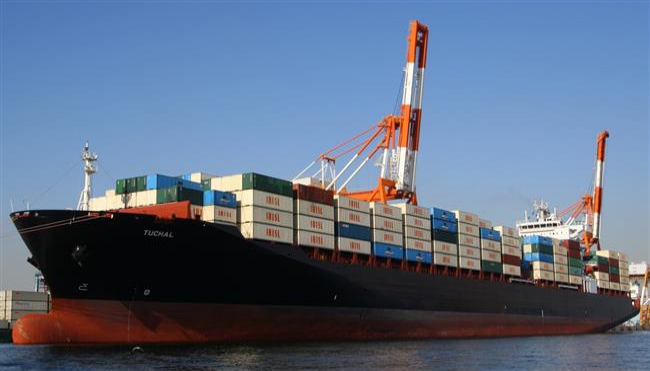 Sea freight cargo flowing through Iranian ports has been increasing under Rouhani’s leadership, to the degree that maritime freight shipping now accounts for an eye-opening 65% of Iran’s trade.

Mohammad Saeedi, chief executive of Islamic Republic of Iran Shipping Lines (IRISL) recently announced the latest estimates for preferred freight transportation routes for overseas traders.  In particular, currently he cited the ports of Imam Khomeini and Shahid Rajaee in southern Iran accounting for the major part of that trade, at 80% of the total throughput of overseas freight.

Around 145 million tons of import and export goods were loaded and unloaded in Iranian ports in the last Iranian year, up to March 20, 2017 i.e. 58.2 million TEU of container shipping.  This is a significant rise of 4.3% compared to March 2013-14 according to the Ministry of Roads and Urban Development’s news service.  They note a 162% rise over March 2013-14, after an interim fall registered in March 2014-15, as uncertainty reigned.

Rouhani has committed to diversifying the economy, so he will be no doubt pleased to see around 49 million tons of non-oil goods being exported from Iran’s ports last year, (up 11% on March 2013-14).  The Iranian trade total for non-oil products was valued at $87 billion in the last Iranian year.

During March 2015-16, the number of ships docking at Iranian ports peaked at 9,534. It is significant for Iranian citizens generally, not only Iranian business, however, given marine passenger transportation has continually risen by an average of 17% during the past four years.  Last year alone, passengers taking to the sea swelled to 7.17 million.

International shipping lines are increasingly viewing Iranian destinations as viable entry points into the Iranian market according to the Financial Tribune report on the sector.  Big players in freight forwarding, including seventeen global shipping lines have resumed sea freight services to Iran in recent times, according to Mohammad Saeednejad, CEO of the Ports and Maritime Organization (PMO).

Maersk has expanded its operations in Iran, calling at two ports very quickly to cope with demand.   They now dock at Bushehr as of this year, as well as relying on Bandar Abbas since resuming trade connections in October last year.

The White Rose Group has reported on updates extensively on Iran’s container port developments, given this is seen as key to Tehran’s transportation and logistics strategy and is key to everything we do too.

The latest update is that the PMO expect to attract $700 million worth of investments within the next two years, in terms of new port equipment.  This is designated for Shahid Beheshti Port in south eastern Chabahar and Shahid Rajaee Port in the southern city of Bandar Abbas.

Shahid Rajaee, (formerly Bandar Abbas port), is Iran’s largest port by tonnage uniquely handling over 10,000 TEUs in September.  Work is underway here to expand container shipping capacity.   Tenders for management contracts to upgrade facilities and to construct a phenomenal 1.9-million-TEU shipment terminal are expected to be issued before the year is over.

Chabahar is Iran’s only oceanic port; it consists of two sites: Shahid Kalantari and Shahid Beheshti.

According to the Islamic Republic of Iran Customs Administration, (IRICA), the country exported 129.648 million tons of non-oil commodities, worth $43.93 billion last year; this is a healthy 3.58% growth value for Iranian exports year-on-year.

Exports from Iran include:

Iran imported $43.684 billion worth of goods during the same period, marking a 5.16% growth and amounting a trade surplus, which helps strengthen the economy. Iran’s imports over the last year included:

Vehicle sales are a good indicator of consumer confidence among Iranians.

China is Iran’s key export destination for Iranian goods. They imported goods worth $8.177 billion in the last Iranian year, a 9.1% increase on the previous year; however imports exceed exports at $10.73 billion.  Other significant trade destinations include:

Iran is also importing from Germany in the European Union to the tune of $2.53 billion worth of goods.

Trade, therefore has been increasingly brisk and we hope the trend is set to continue.