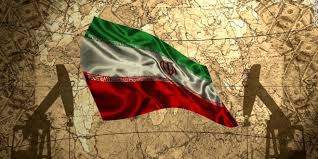 Iranian officials have been spending a lot of time in recent years increasingly focussing on transportation strategies to enhance transport infrastructure and build international logistics capacity, with the aim of boosting trade with Iran.  By improving transportation development, Iran will inevitably improve its Logistics Performance Index (LPI) ranking.   LPI is a World Bank indicator to assist in development planning.  This benchmarking tool is interactive to help Tehran identify the challenges and opportunities the country faces in trade logistics performance and what they can do to improve Iran’s trade.  In 2016 the World Bank listed the country 96th among 160 nations.

Amir Amini, Deputy Minister of Roads and Urban Development, Amir Amini has given Iranian companies the following assurances: “Our target is to reach 75th position by the end of the sixth five-year development plan [2017-22]”, according to the Financial Tribune.  This is part of a long-term economic growth plan whereby Iran can “…regain its stature in international transportation”, he said.

Amini was referring to policies such as expansion of transportation and logistic parks and dry ports, development of harbors and inviting international air freight forwarder companies, who are increasingly doing business with Iran.

The LPI index is an objective measurement tool based on a worldwide survey of logistics operators on the ground, such as global freight forwarding agents and express carriers.  They regularly provide feedback on the logistics ease and accessibility of the countries in which they operate and with whom they trade.

Performance right throughout the logistics supply chain within a country can be measured by LPI.  This can then be broken down into the categories of domestic and international trade.  It also provides qualitative evaluations of a country in six areas by its trading partners i.e. logistics and freight shipping companies working outside the country.

Improving Iran’s LPI, according to Amini means: “… we should prepare the ground for inbound transportation of valuable goods and shipments via air. We will grant the opportunity to foreign cargo airlines to come and operate in Iran’s cargo sector…. Iran’s potential in the aviation sector is unexploited. We can offer some of our airports to regional countries to use them as cargo transport hubs.”

Iran currently operates five international airports as part of the Transport Corridor Europe-Caucasus-Asia (TRACECA) economic corridor, which Iran is a member of.  This is an international transportation and logistics, trade enhancement programme which includes the European Union, a major trading bloc, together with 14 member States of the Eastern European, Caucasian and Central Asian region, including: Armenia, Azerbaijan, Bulgaria, Georgia, Kazakhstan, Kyrgyzstan, Moldova, Romania, Tajikistan, Turkey, Ukraine and Uzbekistan.

Container shipping capacity “…is of utmost importance in LPI listing, besides the presence of equipped rail facilities to load and discharge containers,” said Amini.

According to Mohammad Saeedi, the CEO of Islamic Republic of Iran Shipping Lines, sea freight transportation accounts for around 87% of Iranian trade with the world; (currently it stands at 85%).

The Port of Chabahar Port in the south-eastern Sistan-Baluchestan Province has secured development investment and expansion is underway at this massive project to create a major regional container port, connecting Iran and its neighbours to India and China via a network of rail freight routes, as well as sea freight channels.  Other maritime ports, including Persian Gulf and Caspian Sea ports, are also undergoing significant construction activity in alignment with Tehran’s overseas trade expansion strategy.

Almost 145 million tons of goods passed through Iranian ports in the last year (ended March 20, 2017) and the White Rose Group expect this rising trend to continue.

The World Bank reviews LPI ranking every two years and Iran’s LPI has been improving since the end of U.S. and EU sanctions.  Certainly, Amini expresses the Government’s intentions to keep momentum building in terms of capacity to boost the country’s World Bank ranking.

The end of sanctions against Iran meant international shipping lines could resume services to Iran, which has had a major impact on sea freight volume, with major international freight forwarders establishing agreements.  Re-engagement with international logistics companies will have a positive impact on growing Iran’s transport sector and related industries.

The TRACECA bloc and connection with the International North-South Transport Corridor offer huge scope for Iranian companies looking to find new markets abroad.  Boosting Iran’s LPI can only help us get better at what we do.