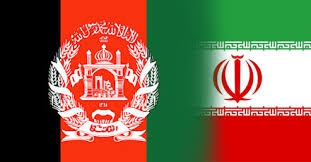 India, Iran’s largest trading partner, has major reasons for developing Chabahar Port and rail and road networks to connect Chabahar inland to e.g. markets of Afghanistan and beyond to central Asian countries.  Not only is India seeking to make use of imports of raw materials from Central Asia, the emerging superpower also needs expanded markets for ever increasing Indian products.

Chabahar deepwater port is nothing less than a game-changer for the Middle East.  It potentially ties Iranian companies into a network of import and export business opportunities beyond Chabahar via the increasingly connecting infrastructure around western Iran,.

Afghanistan, a traditionally land-locked nation, reached via Pakistan in the past no longer relies on the Strait of Hormuz for transport transportation of oil and the rich supply of minerals from its extraction industries and most importantly, neither does Iran.  India too is interested in Afghanistan’s huge market and Chabahar provides the gateway the country needs in order to get around trade exclusions imposed by Pakistan.

Given that the Strait of Hormuz is now less important for Iranian imports and exports, but remains significant to other Gulf Cooperation Council (GCC) countries, this offers Iranian companies some advantages over e.g. Saudi Arabia and the United Arab Emirates, given that the Strait is not always consistently available for sea freight.

Chabahar and surrounding rail freight routes and road networks are also of interest to China.  This offers Iran potentially more import and export relationships with Asian partners, decreasing the vestiges of sanctions with Western powers when Iranian companies seek to undertake transactions requiring the American dollar.

Iran’s greater role as a freight transport hub between South Asia, Europe and Central Asia is observed keenly by Afghanistan’s leadership, amongst other powers in the region. In fact, it is increasingly recognised that the “…reorientation of Afghanistan’s gaze southwest instead of southeast” can only benefit Iran.

This is reflected in the fifth meeting of the Afghanistan and Iran Economic Commission which opened on Tuesday in Tehran.   Delegates are negotiating bilateral cooperation on issues such as: customs duties, tariffs and arrangements, energy, transport and educational scholarships.  Stronger ties, along with efforts to combat terrorism which potentially sabotage import and export business opportunities for Iranian and Afghan companies offer both sides options to develop resilience in a complex environment.

This week’s two day conference sees delegations and managers of more than 50 NGOs, government organizations and public companies participating, reflecting a strong commitment on both sides for improving relationships between Afghanistan and Iran to last well into the future.

Commentators on the reframing of economic ties in the region believe that Afghanistan will reach global markets easiest via freight forwarding to Iran and in turn, Iran can begin to export construction and metal working skills and products to a country in need of development infrastructure.  Both countries stand to gain from mutually supported economic ties, a point made by officials from the Afghan Ministry of Finance this week.

The Afghan delegation said that they were looking to attract Iranian investors to various business sectors in their country.  According to Ahamad Hamid Abdurrahim Zai, their Ministry of Finance spokesman: "The purpose of this meeting is how we can improve trade and economic relationships with Iran, and to implement what we are working on."

The shared language between the two countries mean that Iranian companies looking to build new business networks in Afghanistan will find the process much easier, particularly if they hire the trade expertise of brokers situated close to key strategic sites such as Chabahar.

Businesses in industries related to agriculture, livestock, minerals or energy should  do well, according to economic analysts turning their eyes to Iran’s imports and exports.