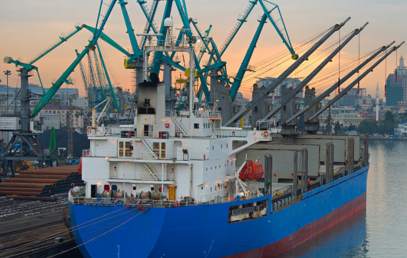 Another global trade journal has come out to recognise the importance of Iran’s emergence as a significant international transportation hub where Iranian companies and their counterparts can benefit from a range of global freight forwarders operating in key stop-off areas, such as Chabahar.

Businesses in Iran are keen to establish alternative trade routes to Europe in the West, Africa to the south and SE Asian emerging markets, to say nothing of expanding ties with Iran’s biggest current trade partner, India. To its south, the Islamic Republic is connected to international waters through the Persian Gulf and the Sea of Oman. Iran also now has more convenient access to the landlocked countries in Central Asia and to the Caucasus in the north and the Caspian Sea.

Al-Monitor too have stated that Iran is uniquely located to make it ideal in terms of both saving freight transport time and costs.  Its location at the convergence of a number of international road, rail and sea freight corridors offer greater import and export business opportunities for those entrepreneurs seeking new directions for expansion.  The ancient Silk Road, for instance, is as crucial to China’s transportation strategies as Chinese markets for Iranian energy are becoming.

Air freight in Iran is increasingly taking to the skies.  In the past three years, international flights crossing Iranian air space have tripled and rail freight through the country has doubled.  Iranian companies wanting to export to Europe have ever more freight transport options than ever which can circumvent traditionally troublesome Turkish routes.  We wait to see the outcome of the meeting with Turkey’s President Erdogan next week, which may see trade links tighten with Russia.

As conditions in that country become more troubled with terrorism an increased risk for business travellers, Iran’s history of tense relations with Turkey are less of a concern for freight seeking to cross borders to reach Europe.  Whilst there have been some efforts to improve bilateral trade and transportation, it seems that logistics through Turkey are simply too slow and costly. Recently, there have also been regular closures of Turkish borders, due to the fighting in Iraq and Syria.  So, Tehran continues to look to European markets, but via alternative multi-modal routes, as do we as an international freight forwarder.

The Persian Gulf-Black Sea corridor offers road, rail and sea freight transportation routes.  Starting in the Persian Gulf in the south of Iran, running north through Armenia, Azerbaijan then reaching the Georgian ports of Poti and Batumi on the Black Sea.  Bulgaria handles roll-on/roll-off ships taking truck freight onto Greece.

Al-Monitor notes that a draft transportation and logistics plan is being worked on between Iran, Armenia, Azerbaijan, Georgia, Bulgaria and Greece.  They say this “…is expected to be finalized by the end of 2016,” which is great news for our readers.  European companies stand to gain too, as do their trade partners around the Persian Gulf and India and countries around the Pacific where transport times will be dramatically reduced.

An Iranian official has noted that trade partners beyond these core countries are expected to link into this transport initiative, including European nations and India.

This Persian Gulf-Black Sea corridor will be in an addition to the existing trans-Turkish route, which is a relief for many Iranian companies given current difficulties.  Not only does this route boost the importance of Iran’s strategic placement in the region, some officials are stating that it could “…pave the ground for greater foreign investments in the country’s transportation infrastructures.”

For instance, Afghan merchants have recently been expressing willingness to Invest in Iran’s Chabahar Port, according to Tasnim News.   Their Ministry of Commerce and Industries have said that 150 Afghan traders have expressed an interest in this free trade zone following the finalisation of the Treaty with India and Chinese interest. Their spokesperson explicitly acknowledged its potential for Afghan investors.

Chabahar Port in the Gulf of Oman offers Iranian exporters access to the Indian Ocean and rail connections to international markets northwards through Central Asia.  It is set to become one of the busiest cities in Iran and Central Asia as international trade flows get under steam in the coming years.