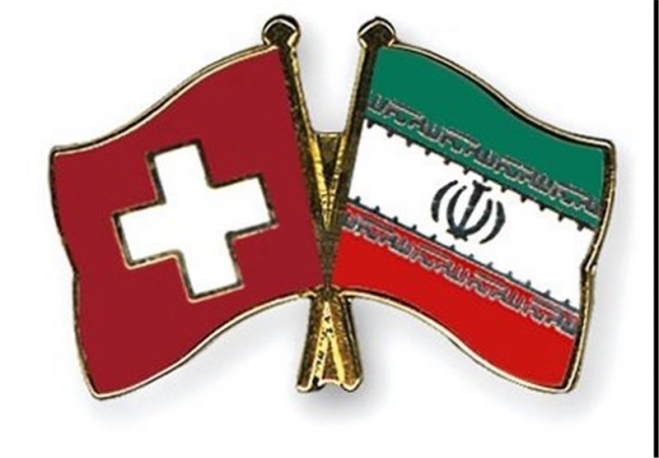 News has just come out this week that Iran and Switzerland, are to develop a deep inland dry port.  The joint project  involves the Iranian freight forwarding company, Perse Transport Bar and Switzerland’s TransInvest Holding signing a deal to for establishing the ‘Aprin Dry Port’ close to Tehran.

This rail freight facility is a further boon to the on-going developments at Chabahar Port, amongst others, contributing to Tehran’s stated aims of enhancing connectivity between different transportation infrastructure.  Iran’s capital will now become easier to access via her other coastal ports and is likely to become Iran’s “…central cargo train intersection”, according to Tasnim News.

The Managing Director of the Islamic Republic of Iran Railways (IRIR) was quoted as saying that Tehran officials intend to “… turn the port into special economic zone which will be of great impact considering the nearness of the North-South Corridor railway.” Iran has been developing a number of special economic zones at key transportation hubs, in order to attract investment on favourable terms as a way to boost Iran’s economy and offer foreign investors and indigenous companies seeking to expand more opportunities to pursue their aspirations.

Mohsen Pour-Seyed Aqaei, IRIR’s Managing Director was speaking following a celebratory event for the co-signing at the weekend.  Iranian companies and their Swiss counterparts have reason to be positive given that this contract runs for 25 years, offering an environment of stability for companies seeking export business opportunities.  The deal is expected to take around 2.5 years before terms become fully operational, so watch this space for developments which could offer your business greater scope to make savings on the freight cost for rail freight transportation.

Aprin Dry Port will be located to the southeast of Tehran, only 20 kilometers away and operations are likely to cover an area of 700 hectares, including a rail freight hub. Linked to the north-south railway route, trains will soon be able to load up shipping freight cargo from ports in the Persian Gulf and access the capital and beyond more cheaply.

Freight trains will be able to carry sea freight to Aprin from the Gulf in around 60 days. Clearance procedures for cargo shipment will then be handled at Aprin inland port and would be importers and exporters can expect their selected freight shipping company to ship loads from 400,000 TEU (Twenty-Foot Equivalent Unit) through Aprin Port.

The signing ceremony for this historic agreement was held at IRIR’s headquarters and amounts to yet another investment in a regular stream of good news for Iranian companies and freight forwarders.  The first phase of development will benefit from an injection of $30 million.  The port was actually planned around 40 years ago, but since the lifting of sanctions, the gates have been opened to Iran looking outwards for increasing co-operation with businesses beyond Central Asia of late.

The Iranian railways company also aim to develop a double-stack rail transport system from the Persian Gulf port of Bandar Abbas to Aprin in two years which brings the North-South Corridor closer to reality.