Home > News > Ground Shipping Rolling Towards Prosperity for Tehran and Beyond

Ground Shipping Rolling Towards Prosperity for Tehran and Beyond 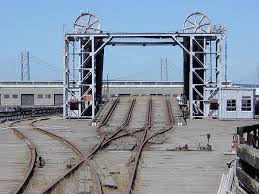 According to the international transportation news company Think Railways, companies wanting to do business in Iran are to be driven forward by Iranian freight forwarding company, the PTB Group, who are to begin developing Iran’s biggest dry port and rail logistics terminal ag Aprin, 20K from the capital.

Tehran based Perse International Forwarding Co. (PTB) are a subsidiary of the Swiss  owned TransInvest Group and it has just been announced that they have won the contract with their tender for  both development and operation of Aprin Terminal.

A ceremony held at the Iranian Railway headquarters in Tehran saw the signing of the contract in mid-September.  Details have now emerged that the company will be able to operate under a 25 year licence.  For companies seeking to jump on the transport band-wagon, during a rapid transportation network growth phase happening in the region, this concession is known as a so-called Build – Operate – Transfer (BOT) model. Construction of the Aprin Terminal will take three-years, with PTB operating the site rail freight transportation  for 22 more.

The PTB Group have successfully tendered for the first site development phase, covering 55-hectares which will handle an annual capacity of around 400,000 TEU.  The hub’s infrastructure investment is said by Think Railways to be approximately USD 30 million.

Iran’s rail freight capacity is looking stronger as the months go by; transportation hubs close to Tehran in particular will offer great potential for Iranian companies seeking import and export business opportunities with regional and global partners. At the moment, Aprin sees between 600-1200 cargo wagons arriving daily, either on-route to Greater Tehran or other destinations.

The on-going railway developments and plans within Iran and local partners continue to offer faster and cheaper overland and sea freight transportation options for businesses relying upon transportation logistics for expansion.  Presently, 11,000 kilometers of rail-track is already available within Iran, connecting to Chabahar Port and Bandar Abbas for overseas shipping transportation.  PTB aim to build rail shipping from the port of Bandar Abbas to Aprin for customs clearance; facilities here cover a 450,000m2 site.

The Transinvest subsidiary investment of U.S. $30 million is a signal that the optimism following the lifting of sanctions against Iran is well-founded. Another 9,500 kilometers of railway routes and associated infrastructure are under construction, with the next year seeing real progress towards improved business logistics support.

International businesses are ready and willing to put money into a country that offers massive capacity for new profit streams, either from Iran’s people, or the business partners who offer scope for greater connections across Central and even South Asia.

This latest PTB concession comes in the wake of Iran’s first successful rail service.  PTB expect future westbound trains to be routed via Aprin.  Their connections with global freight forwarding and international transportation brands such as Maersk, Lufthansa, China Southern and others mean there will be some larger players expected to be seen at terminals and along road and rail routes around Tehran in the near future.

PTB’s managing director, Parviz Golabi reflects optimistically on import and export opportunities in Iran: "With the easing of the sanctions, additional new opportunities are arising that we want to tap into."  He noted that they have also applied to extend their Bandar Abbas terminal, where the company hopes for "… another 110,000m2 for additional handling and storage capacities".