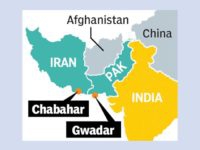 Regional neighbours are increasingly looking on trade with Iran in a more positive light, it seems, which reflects a shift in business sentiment within Iran from the same time last year too, when Iranian companies were still concerned about lingering impacts of sanctions against Iran, lifted last year.

Pakistan’s Daily Times has recently reported that Afghan traders are expressing a preference for doing business with Iran. This could be explained by relations being compromised by transportation logistics and terrorist issues.  There have been numerous reports of fears about terrorists who are disrupting transport networks around the region, with Pakistan proving to be a hotspot, with at least ten suspected terrorists, six civilians and two security forces killed already this year and tens of thousands of insurgents killed over the past decade.

This poses risks for Afghans wanting to export to Pakistan or overseas via this neighbour’s territory.  Exporters’ goods may be lost in transit, adding to costs and compromising good will of customers who may rely on timely delivery of Afghan suppliers.

Khalid Pashtoon, recently heading an Afghan delegation, representing the Pakistan-Afghanistan Joint Chamber of Commerce and Industry (PAJCCI) said that Afghanistan’s leaders”… intend to enhance and rejuvenate business ties between the two countries specifically and within the region in general.” It is not clear from the Pakistani report whether this relates to improving ties between Afghanistan with Iran or with Pakistan, but we must assume this refers to Pakistan. Nevertheless, what matters is the perception of business people on the ground, who may see doing business in Iran as a safer option.

Mozammil Shinwari, Afghanistan’s Former Deputy Minister of Ministry of Commerce and Industries, commenting on transportation logistics and trade between the two countries, said that he expected “…major irritants pertinent to transit trade should be eased.” This is diplomatic language, no doubt for the range of obstacles to the smooth expediting of trade.

The Daily Times refers to “official bottlenecks”, alone explaining a massive drop  from 65% to 27% in transit trade between Afghanistan and Pakistan; no time period was specified but  we can safely assume this means in recent years.

Karachi, on the mouth of the Gulf of Oman, otherwise would be an economical route for Afghanistan’s businesses to use as a transportation and logistics hub.  However, Iran's international freight forwarder industry now has attractive offers for Afghan businessmen and worldwide freight services in Iran are drawing away business. This fact is acknowledged by Shinwari.  Shoaib Suddle, head of  Pakistan’s trade delegation to Karachi also admitted that there are still many trade related problems between the two countries. Visa related issues were raised as a problem by Faiza, Secretary General PAJCCI. Tariff rationalization and development of an export house have also been raised as problems for Afghan trade with Pakistan.

While there are calls to discuss problems being experienced by would-be business partners, this leaves the door open for Iranian companies such as the White Rose Group to  help Afghan trade partners either find Iranian markets or get their products shipped overseas effectively and efficiently.

Meantime, Kazakhstan’s Mehr News Agency reported last month that the Kazakh President Nursultan Nazarbayev has described Iran as both “a close neighbor of Kazakhstan” and also “a reliable partner in the region”.   Nazarbayev met in December with President Rouhani and talked about the period during sanctions against Iran, when his country: “… never broken our ties...” as well as how trade with Iran and Kazakhstan could be developed and strengthened.

He also said that discussions between the two trade partners “…is being expanded…” While the promotion of “friendly ties between the two nations,” was emphasised by Nazarbayev, references made to systematization suggests more practical solutions to more trade with Iran were addressed.  Nazarbayev also commented that their negotiations focused on strengthening partnership in the trade and economic sphere, with several priorities being addressed.

“This is joint usage and development of enormous potential of the two countries in transit and logistics sphere. You know, that Kazakhstan-Turkmenistan-Iran railroad has turned into an effective transport and communication system in the region enabling Kazakhstan and Iran as well as other countries to come in the Gulf States. We have started joint construction of logistics centers of grain and container terminals,” Kazakhstan’s leader said and acknowledged the massive scope for improved rail freight in the last few years.   He offered his commitment to the continuation of developments in facilitating better transport freight.

The White Rose Group and our sister company Tehran Nasim have reported regularly on the logistical advancements being made with Kazakhstan, with the investments of China playing their part in offering potential international project management opportunities between the two neighbours.  To stay up to date with transportation logistics and freight forwarder news in Iran and the wider the region and more importantly opportunities for trade in Iran, sign up for our newsletter.