Sea Freight To and From Iran Hitting Crystal Waters in 2017 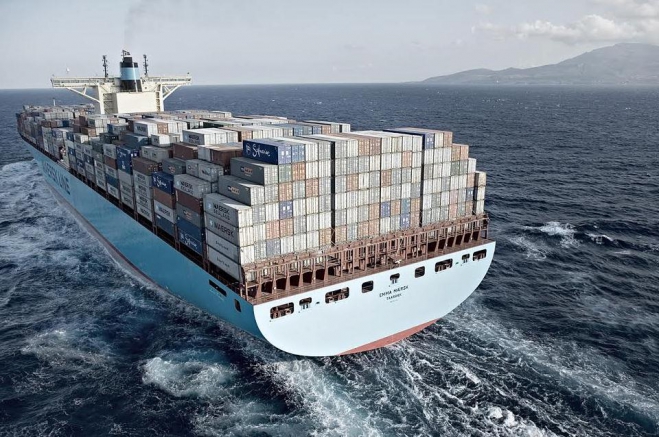 The Danish global shipping and logistics company Maersk Line announced that its expansion of international freight shipping in Iran, taking in the Gulf Port of Bushehr in the Bushehr Free Trade Zone in the South West of Iran.  This adds Iran to its network of regional sea freight services and opens the way for Chabahar to be added at a later date, as well as being a major coup for Bushehr.

Bushehr, currently sees around 7 million tonnes a year passing through and has the capacity to handle refrigerated cargo, (known as ‘reefer’), plus all types of container shipping cargo.  Being capable of handling refrigerated products makes it an attractive international freight transport hub.

Maersk has referred to the variety of benefits of calling at Bushehr harbor, “including the availability of 400 reefer plugs and cold-storage warehouses with a total capacity of 50,000 tonnes, for cargoes both below and above zero” says The Maritime Standard.  The port offers fast and easy access to rapidly growing Iranian markets because of its proximity to urban areas and transport networks. Bushehr Airport is also close by for air freight services. Bushehr is well connected for sea freight to or from the relatively nearby Gulf ports of Dammam in Saudi Arabia, Bahrain and Doha, Qatar’s capital.

Bushehr is now also served via a weekly feeder from Jebel Ali on the mouth of the Gulf in UAE. Initial freight shipping is already well underway.  This has given added incentive to Maersk offering their clients two Iranian gateways, at Bushehr and Bandar Abbas; both services are supported by a local office in Tehran.

Meantime, the national Iranian shipping company HDASCO, a subsidiary of Islamic Republic of Iran Shipping Lines, (IRISL), plans to launch a new container shipping service between Haropa – Port of Le Havre and Iranian and Iraqi ports, starting from next month.

Their new sea freight service will call at the ports of: Bandar Abbas, Asaluyeh, Bandar [D1] Imam, Khomeini, Bushehr, Khorramshahr and the port of Um Qasr in Iraq.

From here, freight shipping can connect to: Malta (in the Mediterranean Sea), Khor Fakkan and Jebel Ali in UAE, Xingang, Qingdao, Shanghai, Ningbo and Yantian in China, Busan in South Korea and Port Kelang in Malaysia.

As IRISL increases port calls to Europe and increases trade routes to Asia and Africa, whether Iranian ships will dock at US ports remains to be seen.

IRISL’s operating portfolio is about to really move up a gear in the near future.  Their deal reached last month with Hyundai Heavy Industries will result in 10 ultra large cargo ships being built at Hyundai’s Ulsan site in South Korea, the world’s largest shipbuilding operation.

The Hyundai negotiations on Iranian ships began over a decade ago, but the world economic slump of 2008 put paid to plans until now.  The Ulsan yard will build six chemical tankers and four ultra large container vessels each at 49,000 DWT (dead weight tonnage) with a capacity of 14,500 TEUs.

Delivery of Hyundai’s mega container ships is scheduled for next year. After which an additional two ultra-low volume ships (ULV’s) may follow completion of IRISL’s initial order.  The total value for the cargo tankers and container ships is said to be worth $2.4 billion.

Managing Director of the Iran Shipbuilding and Offshore Industries Complex Company, Hamid Rezaeian-Asl, has also announced an agreement with Hyundai Heavy Industries which will inject financing and technical knowhow into their facility near the port of Bandar Abbas.

ISOICO’s facility is sited on 1,100 hectares of land with a 380-hectare marine basin. Initial projects will be around design and construction of several passenger liners and feeder-max container ships.  Their yard has the capacity to build and repair larger vessels, which will be a great resource for shipping freight forwarders in the region.  Hyundai also plan to advance Iran’s ability to produce VLCC and ULCC class container super-tankers.

IRISL has been a niche player in cargo services, who despite limited capacity have fulfilled Iran’s maritime needs with additional container slots to sell on the open market. Mega cargo vessels will need aggressive marketing and even greater sophistication in handling an effective shipping service at load and discharge centers. A French partnership with container transport company CMA-CGM makes this possible. The joint agreement comes on the heels of greater trade growth over the past year, in Iran’s new trading climate.

Iran has been in correspondence with several carriers in recent months, including Evergreen and MSC, with the potential for United Arab (UASC) to also re-enter the market any day. Renewed trade with Europe and the U.K. is also looking promising for 2017.

IRISL will likely capitalize on their expansive container shipping fleet and slot charter agreements with their carrier partners as the months progress.

With IRISL taking the initiative in exploring fleet development and trade expansion, international partners such as Hyundai and CMA-CGM, Maersk and others are increasingly getting on board with trade in Iran.

2017 And Beyond: Iran’s Crystal Waters

With the ever-increasing financial infusions and partnership expertise from global experts, IRISL says it plans to become a top 10 ranked Alphaliner carrier by 2020. This news comes as the IRISL, has recently been named as the 20th operator among the top 100 container lines, with a total capacity of 99,867 TEUs carried by 47 cargo ships.  The American Journal of Transportation indicates tonnage ranging from 1,000 to 6,500 TEUs, albeit most of IRISL’s current fleet is under 5,000 TEUs.

China is likely to visit the ISOICO shipyard after last year’s negotiations for the Chinese to build 18,000 TEU ships for the Iranian shipping line. China’s Silk Road plans have been moving apace in recent years, reported elsewhere by the White Rose Group here and here.

Korea’s Daewoo group announced their plans to set up an Iranian ship building company in December 2016. This too will be in the Bushehr economic zone. Daewoo Shipbuilding & Marine Engineering Co., Ltd (DSME) is the fourth largest shipbuilder in the world.

Maritime Standards reports say: “IDRO had for one time been seeking a partner with the necessary technological know-how and experience to build vessels in Iran to meet the fleet expansion requirement companies of Iranian shipping companies. After a lengthy period of negotiations, DSME was finally selected to be its shipbuilding partner.”

The Heads of Agreement (HoA), backed by Tehran and already signed, states that the partnership will establish a separate company to develop an Iranian shipyard, with the cooperation of DSME Okpo Shipyard, to build tankers and other vessel types required by Iran.  The Iranian government is committed to assisting various aspects of the venture, including contributing investment finance and the provision of the necessary materials, which will be good news for supply chains.

Iran’s maritime world is entering clear new water, with investment to expand the national fleet and shipbuilding facilities, we are optimistic recent shipping service news is more evidence of potential for all of our partners  to look forwards with positivity. Even the United States sent $152.4 million in exports to Iran last year. Watch that space…

2017 shows great potential for freight forwarders such as the White Rose Group and their partners and clients to really help Iranian companies and their networks to get into Iran’s markets and regional partners early.

[D1]Looked up Bandar Iman, as per the source article to get location; Bandar Imam Khomeini came up?